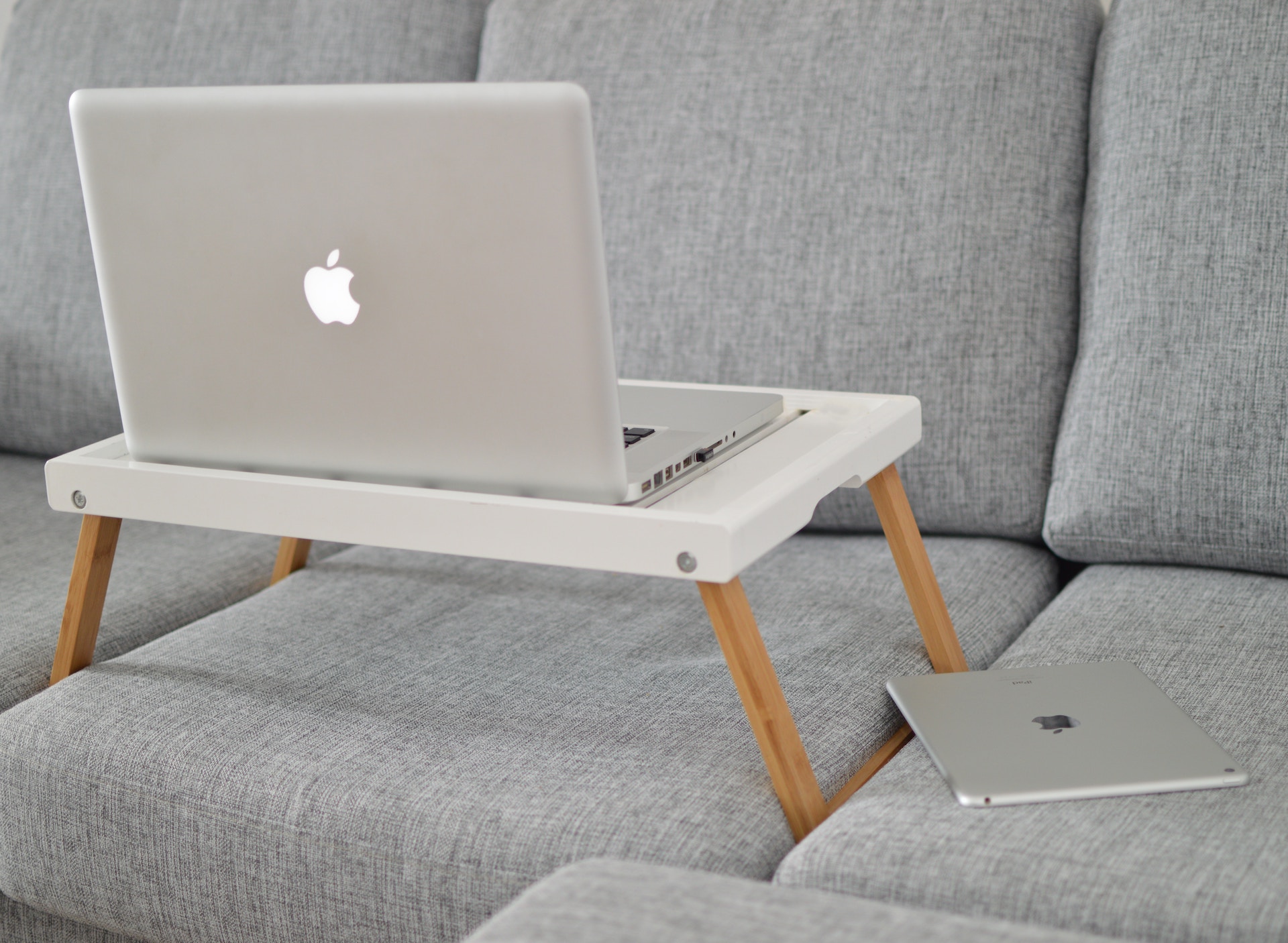 By VK MobilesJanuary 7, 2019 No Comments

For the first time in many years, I was impressed with Apple’s event in October

especially when it came to the new iPad Pro. It had all the features that I had hoped for such as Face ID, thinner bezels without the notch, powerful A12X processor, base storage option of 64GB, Type-C connector and lots more.

But whenever Apple launches a new iPad, there is a huge debate about whether the iPad is a replacement for a computer. While most reviewers felt that it is the best tablet, it still can’t replace the laptop. But I wanted to figure it out myself.

Before I start, it is important to note here that to consider an iPad Pro as a replacement for a computer or laptop, you need to get the Apple’s Smart Keyboard Folio or any other iPad Pro keyboard accessory. I bought the Smart Keyboard folio for my 11-inch iPad Pro with Wi-Fi + Cellular.

To also put things into perspective, I have been using a MacBook Pro for things like using WordPress, a web-based content management system, to use productivity apps like Google’s G Suite of apps like Docs, Sheet and occasionally apps like Microsoft Word, PowerPoint, apps like Pixelmator for basic image editing, Chrome with lots of tabs open to use Gmail web app, etc. So as you can see in most cases MacBook Pro seems like an overkill, but I still run into issues which forces me to restart my MacBook Pro.

I would also prefer to use it while on the go as my commute to work takes me almost 50 minutes to an hour. But I haven’t tried using it as I find connecting to mobile hotspot quite painful.

So based on my usage, here are some of the reasons I found the iPad Pro could easily replace my MacBook Pro, and reasons why it still can’t.

I had initially opted for the Wi-Fi only model, but cancelled it to buy the Wi-Fi + Cellular model. I think it was the best decision I have made as having an internet connection without worrying about the hassle of connecting it to your iPhone via Hotspot or connecting it to the dongle, is very convenient. It has been the reason I haven’t used my MacBook Pro while on the go.

I have been using the iPad Pro on the bus, in the taxi and I am loving it. The productive time I get while on the move, helps me spend more time with family so I am very thankful.

It is also more versatile, as you can use it as a tablet. It might sound a little ironic, but I am using the iPad Pro more as a computer than as a tablet. After using the iPad Pro with Wi-Fi + Cellular, I feel all laptops should come with Cellular connectivity. The always-on internet connection is extremely convenient for a  portable device.

One of the best features of the iPad Pro is its multitasking abilities. With features like Split View and Slide Over, and the multitouch capabilities, I find it a lot easier to use multitasking on the iPad Pro than on the MacBook Pro.

I have some gripes though. When I use Cmd + Tab on the Smart Folio Keyboard, it does not show me all the app running in the background, which is a bit of a pain as I need to then access the app switcher to switch to an app or go to the Home screen to launch the app. I also preferred the ability to change the secondary app in the split view that was available prior to iOS 11.

The iPad Pro is powered by Apple’s all new A12X processor. I haven’t felt it was underpowered compared to my 2017 MacBook Pro. In fact, I don’t have the frustration of having to restart my device like I face on my MacBook Pro. It is not surprising given that even beat Intel’s I7 processor in benchmark performance tests.

The Smart Keyboard Folio works like magic with the iPad Pro. I quickly got used to the keyboard. The keys are also spaced quite well, so it doesn’t feel too cramped even on a 11-inch iPad Pro.

It lacks Backlighting, which I think is its only drawback of the Folio.

In the case of the iPad Pro, you are further away from the screen compared to the iPhone, but that doesn’t cause an issue.

Though Apple has started adding Touch ID to their laptops, I think Face ID is a much faster and intuitive way to unlock your computer.

But there are a few reasons why the iPad Pro still can’t replace a computer, and for some people it could become a deal breaker as <> explains in his article.

Apple has been improving the way we can access files on iOS devices with the Files app, but it doesn’t come close to the Finder or Explorer app available on a Mac or Windows PC. File management is still a pain on the iPad. Just try renaming a file, and you will understand what I mean.

2. Lack of a Desktop-grade browser

iPad Pro is a great device for web browsing but the most frustrating thing is it still ends up loading a mobile website rather than the desktop version. You get the annoying reminders to download an app when you visit websites.

I also had trouble loading some web apps like GSuite products, and since the third-party browsers have to rely on iOS Webkit, I can’t switch to say a Chrome browser like I can on a MacBook. It makes things worse as the apps for G Suite aren’t powerful enough and lack critical functionality so I am forced to rely on the MacBook if I want to use all the features of Google apps.

It is also still a pain to use the web version of WordPress on the iPad Pro. While I wrote this article on the iPad Pro, it is not as convenient as the MacBook Pro.

Apple surprised many people including me by replacing its proprietary Lightning Connector with a USB Type-C connector. It meant that you can finally connect your iPad Pro to a monitor. Unfortunately though, Apple has crippled it. You can’t connect it to an external hard drive. You also cannot connect it to a printer. Even when you connect it to a monitor, it just mirrors the display, it does not make use good use of the extra space available on the monitor.

The other big problem is that Apple still doesn’t give us the option to use third-party apps as full replacements to the system apps. It is a ridiculous restriction on a computer.

I can do things like image editing, a lot faster on the MacBook Pro. For example, if I want to change the resolution of a post on the iPad Pro, here are the steps I need to do the following: launch the Pixelmator app (App Store link), browse and open the file (I can also open it via the Files app by using the Share sheet and Copying it to the Pixelmator app), then tap on the Settings icon, tap on the resolution at the bottom, use the onscreen keyboard (can’t use the Smart Folio Keyboard) to enter the resolution, and then tap Apply.

I think the iPad Pro can be a laptop replacement for many users, but at the same time, it can’t for some. It really depends on your use cases.

At the moment I am using the iPad Pro and the MacBook Pro, as I prefer to use the iPad Pro when I am travelling in a taxi or a bus. I still have to rely on the MacBook Pro for certainly things like using G Suite of apps which I simply can’t do productively on the iPad Pro. But I would ideally like to use just one device for all my needs. It would not only be cheaper but more convenient.

Most of the limitations of the iPad Pro are due to iOS. If Apple is really serious of pitching the iPad Pro as a replacement for a Mac or Windows PC, then they need to address these limitations. I really hope Apple addresses them in iOS 13.

Tim Cook has said Apple doesn’t want to merge iOS with macOS, but after using the iPad Pro like a laptop, I feel that Apple is missing a great opportunity of offering a device which brings the power of macOS (and without the limitations of iOS) with the portability of the iPad Pro with its multi-touch capabilities and the brilliant apps available in the App Store.

If you are on the fence and looking to make a decision on whether you want to buy an iPad Pro as a computer replacement then please feel to drop me a line in the comments if you have any questions.

iPhone Privacy: How to lock down and delete threats to your online information